Each West Campus House is named for a legendary member of the University faculty, linking it to Cornell's roots and traditions.

Alice H. Cook was a Professor of Industrial and Labor Relations and Cornell University's first Ombudsman. She co-founded the Women's Studies Program and the Advisory Committee on the Status of Women at Cornell. Alice Cook devoted her life to helping working people - and especially working women - on four continents. Her self-named "patchwork career" included social work, adult education, labor organizing, a tour of foreign service at the end of World War II, twenty years teaching at Cornell's School of Industrial and Labor Relations and authoring numerous books and articles. Alice Cook was a pioneer in bringing attention to issues such as comparable worth, maternity leave and pay equity and was known for both her scholarly writing and her activism on the experiences of working women around the world. 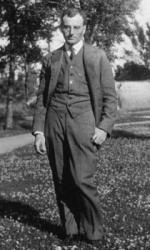 Carl L. Becker was a distinguished professor of American and European history, known for his inspirational teaching. A prolific writer, his works were influential at every level - from the highest echelons of the academy to secondary-school classrooms. He captured the spirit of the university with a phrase that has become a Cornell trademark: freedom and responsibility. (Becker's landmark book in which he expounds on this ideal is available online through the Cornell Library: http://hdl.handle.net/1813/184.)

Carl Becker will forever be remembered for the impact he had as a teacher, his eminence as a scholar and for his distinguished service to the university in his role as University Historian. 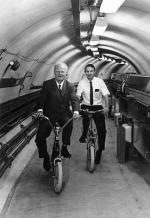 Hans Bethe, the John Wendell Anderson Professor of Physics Emeritus at Cornell University, was one of the most honored faculty members in the University's 140-year history. It was here at Cornell that he published his famous reviews of nuclear physics in the late 1930s, and worked on the theory of energy production in stars, for which he won the Nobel Prize in physics in 1967.

Hans Bethe was a man of profound integrity and humility, who also managed to change public perceptions of the scientist's responsibilities in relation to the use of scientific research. He not only made outstanding contributions to his own discipline, but also looked beyond the domain of physics in an effort to influence public policy for the greater good. 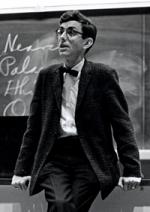 William T. Keeton was a beloved professor in the College of Agriculture and Life Sciences, known for his enthusiasm for research and his passionate teaching style. His introductory biology class became known simply as "the Keeton course" due to its popularity on campus. Professor Keeton's focus on adaptation and natural selection combined botany and zoology into an integrated field. His revolutionary work with homing pigeons led to a new philosophy of orientation that has influenced generations of behavioral scientists. 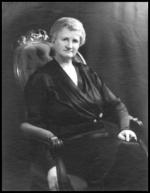 If Flora Rose had followed the expectations of her well-to-do Denver family, she would have been a woman of high society. By her mid-twenties, however, Rose found that lifestyle unfulfilling and abandoned it for a career in the new field of home economics. She borrowed money and enrolled in a household arts program at Framingham (Massachusetts) Normal School. In 1904, she earned a B.S. from Kansas State University, where she taught food and nutrition classes. By 1907, Rose had received an M.A. in Food and Nutrition from Columbia University.

In 1905, Rose wrote a letter to administrators at both Stanford and Cornell University encouraging these forward-thinking, coeducational universities to start programs in home economics. She later explained: "Neither of them had home economics, and in my reforming mood I decided that they should." Rose's letter convinced the Cornell administration to invite her as a lecturer in nutrition in 1907, which led to a full-time appointment in the agriculture department in the hope that Rose would help establish a home economics department.

Rose made important strides in the field of nutrition. Her research at Cornell led to the development of Milkorno, one of the first low-cost reinforced cereals. Throughout World War I, she served as deputy director for the New York State division of the United States Food Administration. In 1923, at the request of King Albert, she traveled to Belgium to organize food relief for malnourished Belgian school children. For her efforts, she received the Order of the Crown. During the late 1920s, Rose conducted a nutritional study of Cattaraugus County, New York, which garnered national attention because it discovered a relationship between good nutrition and decreasing incidence of tuberculosis and infant mortality. During the Great Depression, the Federal Relief Emergency Administration adopted emergency food budgets devised by Rose. These budgets enabled poor families to eat healthily on meager incomes.